An excerpt from America’s Most Influential Journalist:
The Life, Times and Legacy of Thomas Nast »

Thomas Nast was born in Landau, Germany in 1840. He always celebrated his birthday on September 27, but his birth certificate — issued under the auspices of the King of Bavaria — confirmed the day-earlier date of his birth as September 26, 1840. (See extract below). Consequently, every published reference to Nast prior to this biography has his birth date wrong.

Nast was the first journalist who didn’t own his paper to play a major role in shaping public opinion. However, he could not have done so without the quality, consistency, financial strength and resultant reach and dominance of Harper’s Weekly, the country’s leading illustrated newspaper. Its circulation exceeded 100,000 during the Civil War, reached as high as 200,000 in the course of major election campaigns and came close to 300,000 at the height of his 1871 victory over Boss Tweed and his Ring of thieves. Including passalong readership, Nast’s cartoons always had half a million to a million or more viewers, a key factor in his influence. 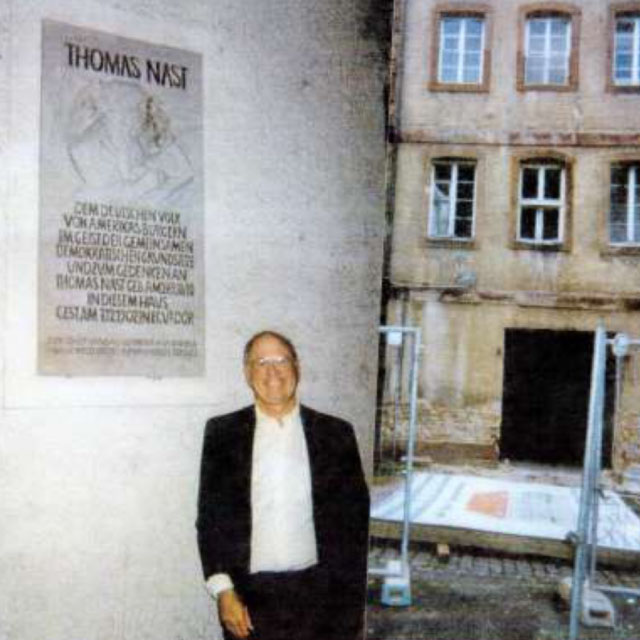 The Author at Thomas Nast’s Birthplace in 1995. 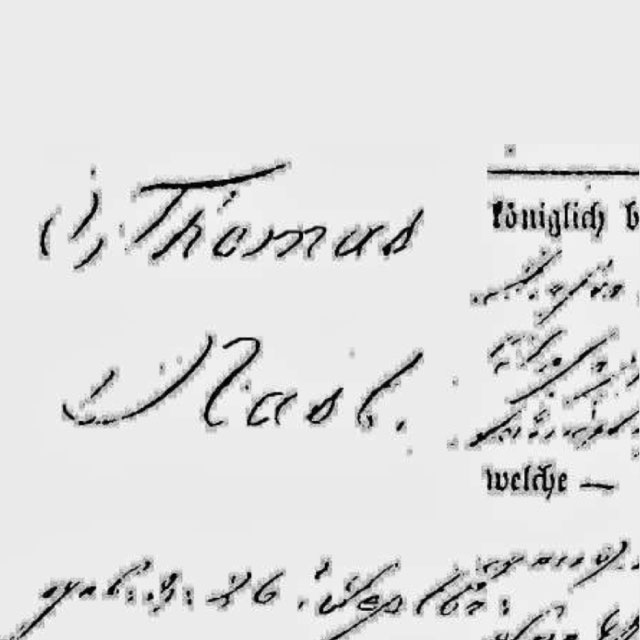 During his quarter-century career at Harpers’ Weekly (1862-1886), Nast published almost 2,200 illustrations and cartoons. Its tabloid-size pages (16 x 11 inches) enabled him to cram as many as 40 recognizable characters into a double-page cartoon. Overall, he caricatured 450 different people. Adding clout to his illustrations and cartoons, almost half of them were on large pages: 404 covers, 425 single pages and 130 double-pages (16 x 22 inches.).

Nast generally led public opinion rather than followed it. Like most political cartoonists and editorial journalists, he was far from objective. Almost always, he preferred to be against a person or a cause, so he could serially pound the negatives — except when it came to his idol, President Ulysses Grant, whom he treated much too leniently. While repeating his basic message again and again., Nast varied his presentations in order to keep his content fresh and interesting.

To engage and persuade his audience, Nast effectively created a new visual language replete with symbols, caricatures, allegories, satire, puns and repetitive slogans. His readers understood his ocular shorthand, comprehended the minute details which more subtly reinforced his frontal attacks, and were familiar with his Shakespearean and other literary references. 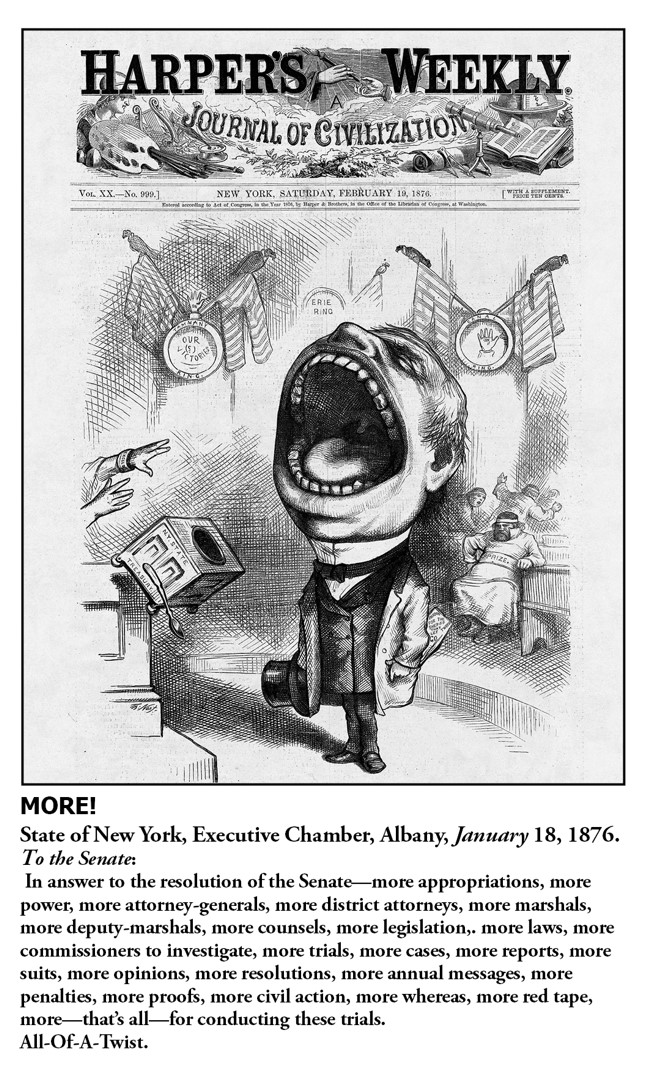