Mr. Lincoln Taking the Oath of Office in the Front of the Capitol

Mr. Lincoln Taking the Oath of Office in the Front of the Capitol

Nast’s cover illustration of the Inauguration was a disaster, featuring a supposed image of Chief Justice Roger Taney administering the oath of office to Lincoln. Taney was two weeks shy of his 84th birthday, and the man in the picture looked to be in his forties. (Taney, then 80, wrote the notorious 1857 decision that “Negroes, whether slave or free . . . are not citizens of the United States.” He died in 1864.)

The week before the goof, Nast had sent a sketch of a “murderous attack” to a News artist who was to redraw his sketch on woodblocks, along with a note about the victim: “Do not draw his face in till I send Jim the photo.”4 Accordingly, it is possible that Nast depended on the same artist in New York to draw Taney’s face. Nast was too far away to be able to observe Taney’s age and features, and he probably did not have access to a Taney photograph. Regardless of who actually was responsible, Nast’s name was on the picture.

In the following issue, the News handled its unhideable cover page goof in a positive way — without apology — with a cover photo by Mathew Brady and a laudatory biography. There were no apparent jibes from Leslie’s or Harper’s. 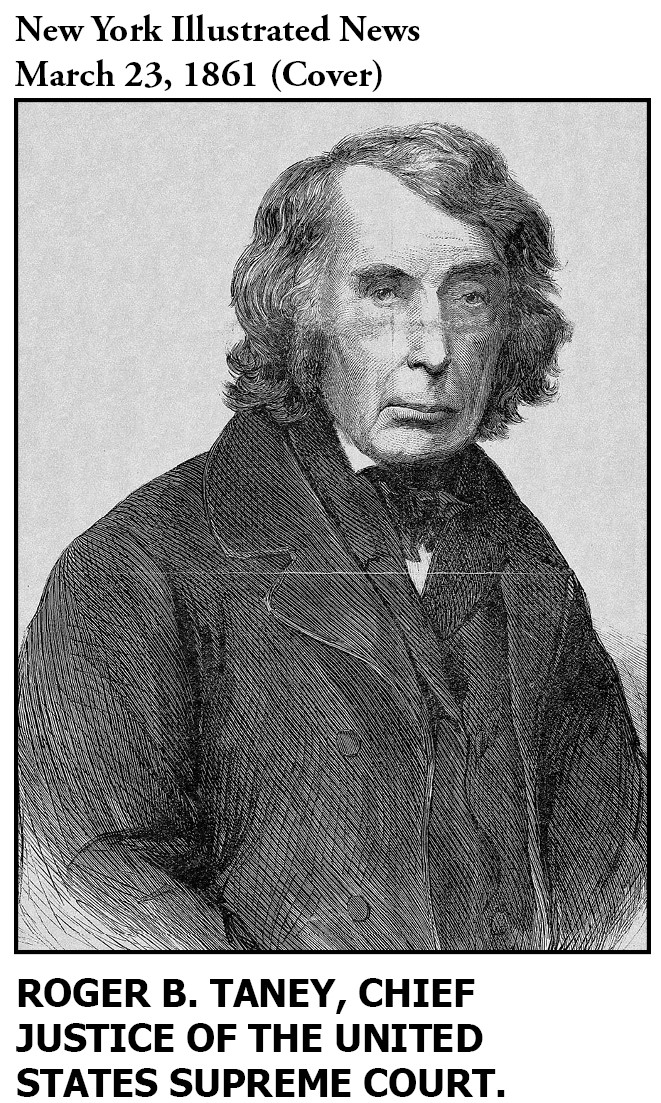