As Black soldiers proved their worth in battle, Nast depicted their integration into military life, a step beyond emancipation. His last illustration of life in the Army — The Halt — showed a white officer with his arm around a Black helper at a pump. On the pump’s other side, another Black helper waited his turn, while a white surgeon filled his bucket. The three Blacks in the picture, including a young boy, could be identified by their features as well as their skin color, but there was no hint of caricature or stereotyping in their appearance. Both Nast and the Blacks had come a long way since his 1861 caricatures in the New York Illustrated News. Appearing in late September, the drawing was meant to reinforce the growing competence and success of the Union armies under General Ulysses Grant and William Sherman. 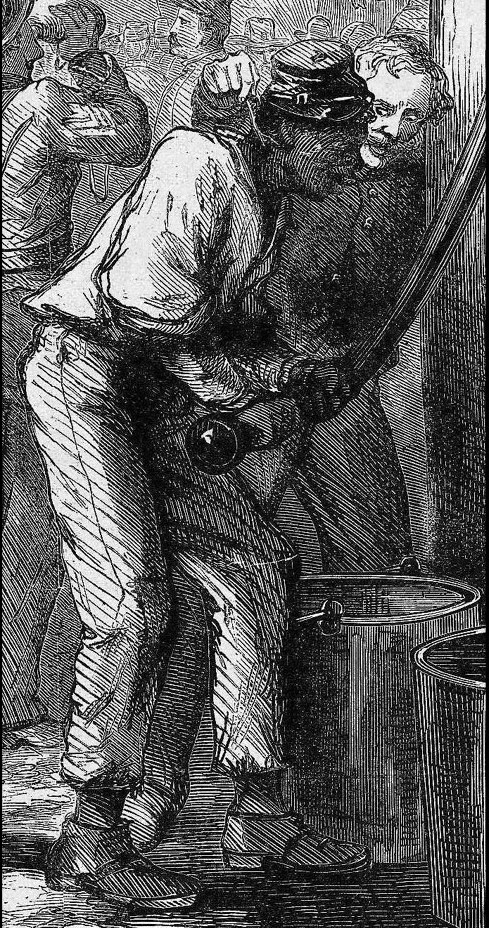